The site of The Ford, nestled in the Hollywood Hills, was chosen in no small part for its natural beauty – so it's fitting that we have a commitment to preserving that beauty and conserving the natural setting it sits in. The Ford construction project, completed in 2015, incorporated energy-efficient measures in its design to bring the building into compliance with modern energy standards. The LA Phil will incorporate environmental sustainability into the core of The Ford’s operations and will coordinate the environmental management plan and “green” practices that have made the Hollywood Bowl one of America’s great amphitheaters and urban oases. 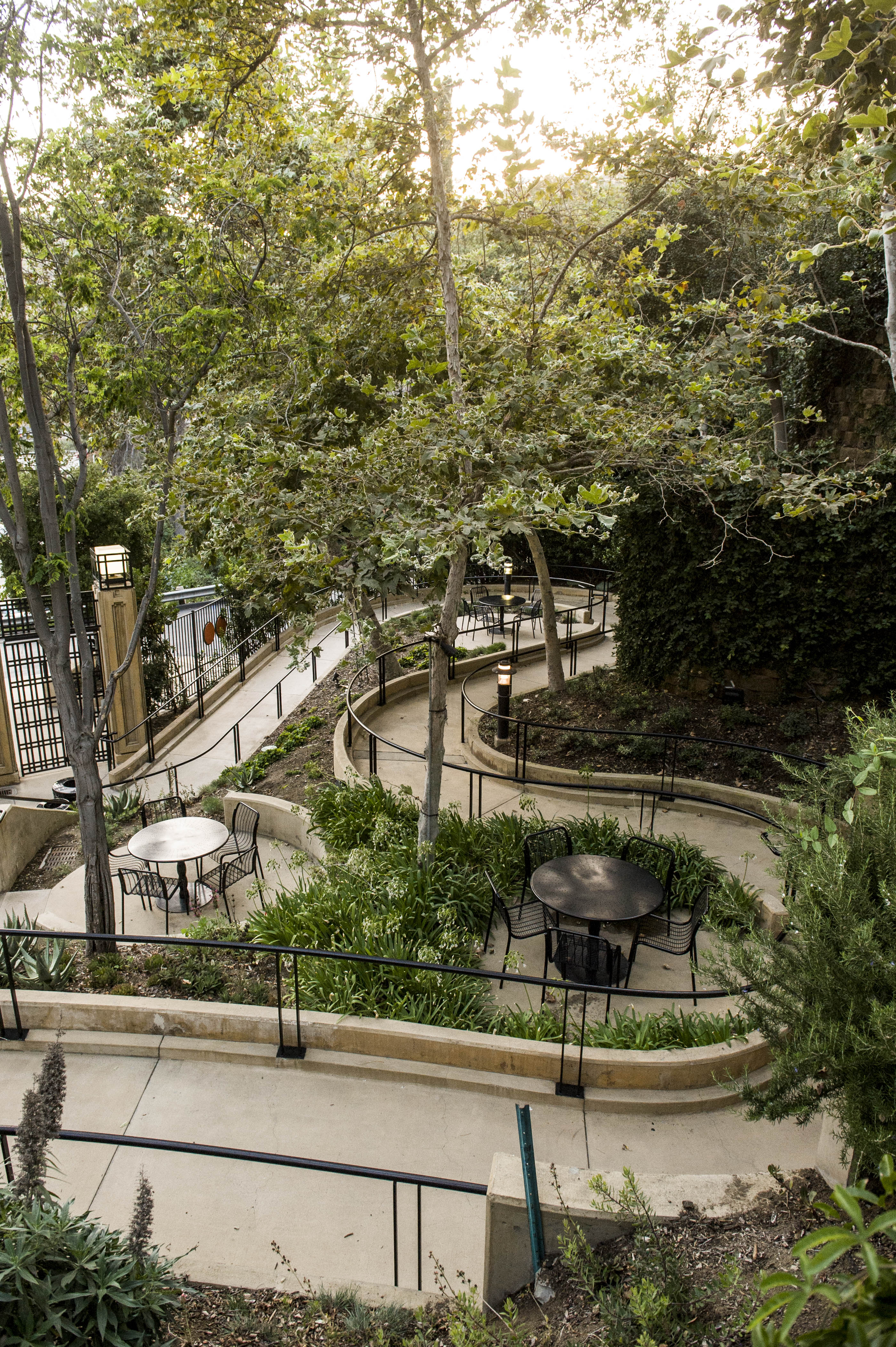 The Los Angeles Philharmonic Association and Los Angeles County are partners in the management of the Hollywood Bowl and The Ford. Over one million people per year visit both venues combined, and it's our commitment to share our environmentally sound and conservationist practices with each and every one of them – and we invite them to share in the responsibility of keeping these natural treasures beautiful.

The Ford “Green Team,” made up of LA Phil and LA County staff members, is charged with spearheading green initiatives and conservation efforts, but we're open to suggestions.

Getting There the Green Way

Let’s face it, our venues were not built with your car in mind, and the growing popularity of getting to the Bowl and The Ford via public transportation proves that sometimes it’s best to leave the car at home. We have partnered with the Los Angeles County Metropolitan Transportation Authority to help patrons get to our venues the green way.

Did you know the Bowl is a leader in recycling green waste? We intend to bring this dedication to The Ford. It would be easy to throw away all the waste that’s a natural by-product of keeping the venues green and growing – but active environmental stewardship isn’t about doing the easy thing. We don’t toss it – we clip it, we chip it, and we reuse it. There are recycling bins located throughout the venues, but we're not content to let recyclable items languish among non-recyclables. Our dedicated staff roots out the stuff most people might miss and makes sure it gets into the recycling bin.

Taking Steps to Protect the Flora and Fauna

The LA Phil and LA County staff, musicians, and patrons aren’t the only living creatures that are part of The Ford family. Dozens of animal and bird species and hundreds of native plants call The Ford home as well, and we see it as part of our job to make sure they’re cared for in the best way possible. Not only do we foster native animals by maintaining as natural an environment as possible, we’ve also emphasized the use of native plants, which use less water than imported plant species.

The picnicking tradition is one of the things that makes our venues unique. Enjoy the tradition responsibly by using and reusing your food/beverage containers and bags, recycle when possible, and deposit the rest in the proper containers. Leave The Ford green for the next generation.