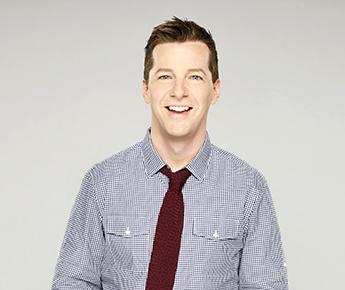 Sean Hayes is an Emmy-award winning actor and producer. He is best known for his role as Jack McFarland on the NBC sitcom Will & Grace, for which he won a Primetime Emmy Award and four SAG Awards, along with six Golden Globe nominations. He is also known for his work on Broadway, including “An Act of God” and “Promises, Promises,” where he received a nomination for Tony Award for Best Performance by a Leading Actor in a Musical. His film credits include The Bucket List, The Three Stooges and the upcoming feature which he also co-wrote, Lazy Susan. Behind the camera, he’s produced Grimm, Hollywood Game Night (both for NBC), CNN’s, The History of Comedy and the upcoming adult animated series, Q-Force for Netflix, in which he also stars.